Why Do Some Celebrate Messi’s Departure? 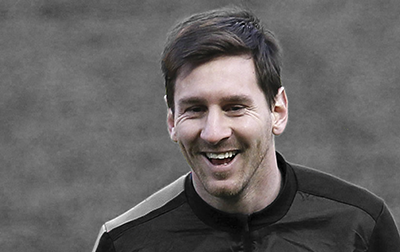 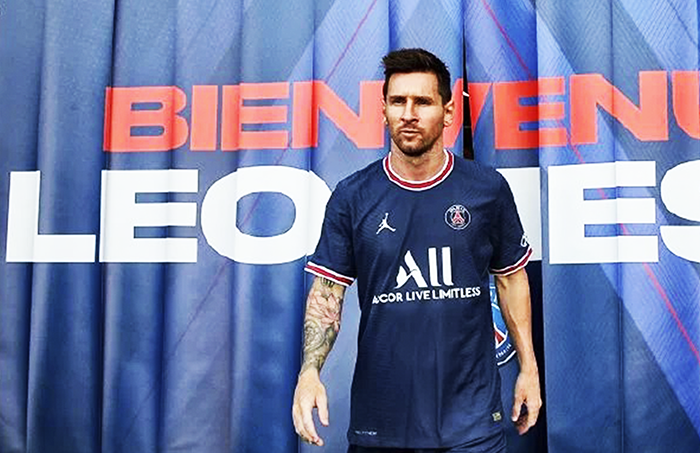 When the Bombshell; “Lionel Messi is leaving Barcelona”, was confirmed by the Fc Barcelona Board of Directors, the “atomic bomb effect” it gave the Soccer world & mainstream media, is second to none. No other player’s club exit in the history of Modern-day football has provoked such.

Lionel Messi has been synonymous to the name, FC Barcelona, for the past 21 years. Like the colours Red and Yellow are, to the Spanish National Flag. They just seem to belong together.

Lionel Messi is the most decorated “Number 10” in the History of Barcelona; won 10 Spanish Liga titles, 7 Copa del Rey, 4 European champions league Titles, with 3 different club coaches etc.  He holds arguably, every attacking player’s record in Barcelona and as a Barcelona Player, has been crowned 6 times World best player of the year. To cut it short, an assembly of all Messi’s titles and individual Trophies, are numerous enough to fill up a big Trophies Museum.

In the past 21 years, players, coaches and club officials have come and gone from Barcelona, the only constant thing that has remained at the club, has been, Lionel Messi.

It is therefore understandable the teary-eyed flocking, throngs of Barcelona fans, who were devastatingly shedding tears in front of the club stadium once this announcement was officialized.

Let me try to put this in perspectives for you: For most Barcelona fans below the ages of 25, they have never known any Barcelona team line-up, as a club, since their consciousness of life events, without Lionel Messi, short of Injury breaks.

For these Under 25-year-old fanatical Barcelona fans, A Barcelona team on the pitch, after the Messi Era, could just as well seem like another club side in Barcelona colours, playing at the Camp Nou! That’s how bad or good it is, depends on whom you ask.

For the LA LIGA brand, Messi’s departure, especially after the Cristiano Ronaldo exit to the Italian league Giants, Juventus, is the worst thing that could happen to it at a critical, Post Covid 19, economic crisis freefall period.

With Cristiano Ronaldo and Messi now gone, what differentiates the Spanish League, from the less Attractive average leagues in the world? you may rightfully ask. I would say not so much. I must add Though the quality of the Spanish football is much top quality though, in my opinion.

Most experienced football insiders saw the Messi exit, coming some months ago though. The moment Messi’s annual earnings, which is estimated to be over 168 million Euros, was allegedly leaked by a club insider to the public, I felt things would never be the same at Barcelona, drawing back from my personal experience at Top club side dressing rooms and human nature, period. 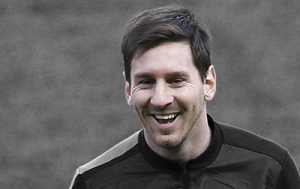 Lionel Messi’s Eternal rival, Cristiano Ronaldo’s fans are jumping for joy as they believe, Messi outside Barcelona would be like a fish out of water. Only time will tell if they are right or wrong and it would be unwise to bet against Messi, in my opinion.

With Messi Gone, Barcelona’s club management will lose gigantically in it’s commercial income. erstwhile generated by the Messi effect, but on the other hand, they can now argue to better manage the clubs’ books, as they claim Messi’s wages was now a burden too big to bear.

PSG bought Neymar Jr, an exceptionally talented player, for a record and bank breaking 222 million Euros from Barcelona. With FC Barcelona cashing in on the player’s sale, as is required by law.

Messi on the other hand, is believed by many to be arguably the best player to ever play the sport and by signing up for PSG, he is arriving on a free transfer, meaning no transfer revenues to the ceding club, unlike Neymar.

Should PSG be willing, as is expected for Messi, to pay the same or even more for this extra-terrestrial footballer, that would explode their club Jersey sales, give them unrivalled worldwide media attention and the hundreds of millions in Euros that come with it etc. I can further  guarantee you that neither Messi’s bank manager, his great grandchildren nor Messi himself would shed a tear for this absolute potential record setting Jackpot.

Real Madrid, I believe, are head over heels in celebration now as their most gigantic obstacle to the Spanish league and cup title aspirations for almost 2 decades, has now left the party.

Atletico Madrid, current champions and often endowed with less talented players and the only club in the past decade to ever win the La Liga title ,without the presence of the two extra-terrestrials in Messi nor Cristiano Ronaldo, would be celebrating too. It is forgiven to now believe the existence of a much more level playing field for them, Barcelona and Real Madrid.

On a more cerebral note, Technically and tactically, should PSG be able to craft out a playing philosophy, that compensates for the consequential defensive inactivity, of fielding Mbappe, Neymar, and Messi, I call them the M ‘n’ M, and assure quick and precise premeditated constant ball supply to these three extraordinarily talented players, coupled with follow up support, The Holy grail of world club football, The European Champions League might just as well finally touch down in Paris after decades of praying and hoping!

In my opinion, I feel Lionel Messi is definitely one of the greatest players to play our sport, a role model to many, lives for his sport and at 34 years old.. we only live once, deserves to also get a feel of life in another club outside Barcelona, if not for silverware purposes, but also from a human experience point of view.

I sincerely believe that, this will serve him well when the curtains on his playing career eventually comes down, which might not be too distantly far out, by the way.

Messi has served Barcelona extremely well, Barcelona must be eternally grateful, but Messi also owes Barcelona a lot too, for having not only taking the risk to fund and sign up a 13-year-old Argentine kid, with growth hormone problems, a doubtful future,but further proceed to take the risk to build teams, year in year out to put him at his best environment to perform and make him the star of the day and club.

For Neutrals like myself, I cannot wait for the new season to start as Messi’s Final destination, Paris France, further broadens the championships that I have to follow whilst enjoying the best sport and spectacle in the world. Let’s wish Messi well, he deserves it !

How Carlo Ancelotti Broke the Liverpool Dream, Step by Step

Is He The World’s Best Coach?

Who do you rate as the best football coach in the world? I bet you

Is this Super Eagles’ Sole Hope To bounce back?

I watched in shock and disbelief as some irate and disappointed compatriots, violently stormed the

“Audacity to Refuse is a mirror to positivity, which bears a force to hope and success, It is a must read for all ”

How Carlo Ancelotti Broke the Liverpool Dream, Step by Step

Is He The World’s Best Coach?

Is this Super Eagles’ Sole Hope To bounce back?

Many started last year but did not see the end. We

I wish you and your loved ones a merry festive per

Enjoying every Minute of my Naija Visit