From the outside, the world only gets to see the professional footballer’s glamour moments and the seemingly easy lifestyle that comes with it. But the tough realities, extreme challenges, and sometimes near-death experiences that they have to live with day in, day out, will shock you. 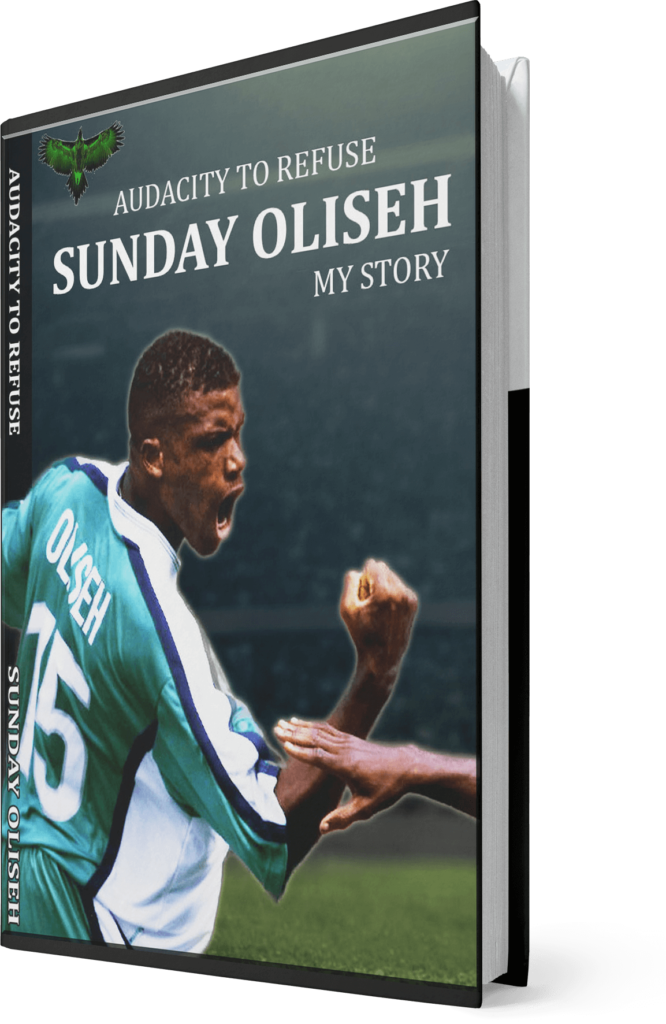 Preview
Buy
From the outside, the world only gets to see the professional footballer’s glamour moments and the seemingly easy lifestyle that comes with it. But the tough realities, extreme challenges, and sometimes near-death experiences that they have to live with day in, day out, will shock you. 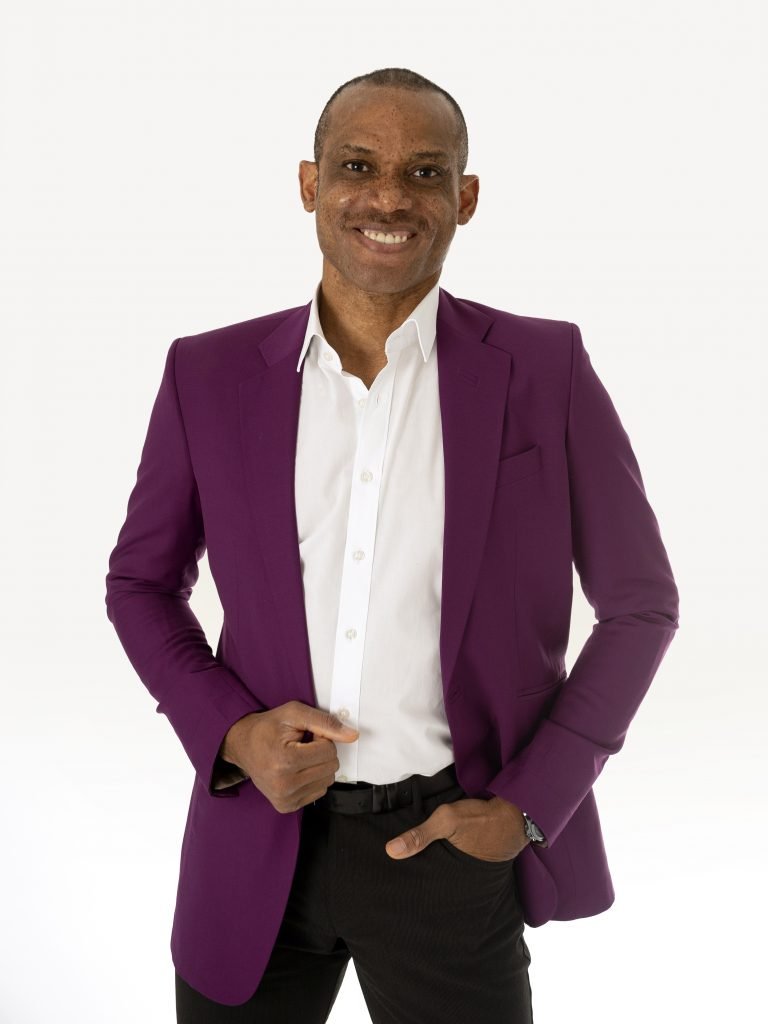 An Olympics Gold medalist and African champion for Nigeria, Oliseh Is currently a FIFA Technical committee member, UEFA Professional licensed Coach, and an international Football consultant /analyst who has provided services for CNN, BBC, Supersports South Africa, and Malaysia, amongst others.
A 16 years long Pro. Career footballer, Oliseh was 10 years long International for Nigeria, Captain, coach and was instrumental in putting Nigeria on the top of world football in the Golden years of Nigeria’s football.

Considered by Many internationally as the best defensive midfielder to ever come out of Nigeria, Oliseh was voted 3rd best African player of the year 1998 and by a National poll vote in Nigeria by Guinness, as the Best defensive Midfielder, ever in Nigeria’s History!

As a coach, Oliseh orchestrated then cash-strapped Fortuna Sittard in the Netherlands to the Dutch premier division from the bottom lower division in just 14 months in charge.Married to Hafida Boularbah and father to two children, Denzel and Shanice Oliseh. Sunday Oliseh settled down in Europe after his active playing years and is a passionate Tennis and Snooker player. Loves to travel and meet people”.

PASTOR IDAH PETERSIDE

Ex-International Goalkeeper Of the Super Eagles
Read More
“This is a masterpiece ,well articulated and a must read for the young and those that treasure history. I call him my Skippo, Thank you my captain ”
JOHN BENNETT BBC

Sports Reporter/Presenter for @bbcsport & @bbcworldservice
Read More
“A fascinating insight into what it really takes to reach the top in football . From 2 FIFA World Cups, to an Olympic Gold medal, to inside stories from the dressing rooms at Ajax, Borussia Dortmund and Italian giants Juventus ”
TIJANI BABANGIDA

Olympics Gold Medallist, Ex Ajax & Nigerian International
Read More
“As a player he was spectacular and that's why this book "Audacity To Refuse" is a must read for everyone”
Previous
Next
Previous
Next

From the outside, the world only gets to see the professional footballer’s glamour moments and the seemingly easy lifestyle that comes with it. But the tough realities, extreme challenges, and sometimes near-death experiences that they have to live with day in, day out, will shock you.

Being an African or a minority further multiplies these challenges. “Audacity to Refuse” traces the legendary Sunday Oliseh’s untold inside story from being a young footballer in Nigeria to starring for some of Europe’s greatest clubs. This book shares Oliseh’s rise to world-wide fame while dealing with innumerable trials and tribulations.

This is the story of a treasured sports icon who journeyed from childhood poverty to winning the Olympic gold medal for his fatherland, and multiple other trophies for clubs and country. In this fascinating autobiography, Sunday Oliseh guides you through his time spent playing for top renowned football clubs, challenging notions of racism, confronting corruption in football administration in his country and gaining both respect and criticism for refusing to accept limitations placed before minorities.

Explore what it takes for a rising African star to embark on a life full of hurdles and trying encounters, from club to club and country to country, and yet still possessing the audacity to refuse – to never back down or give up… 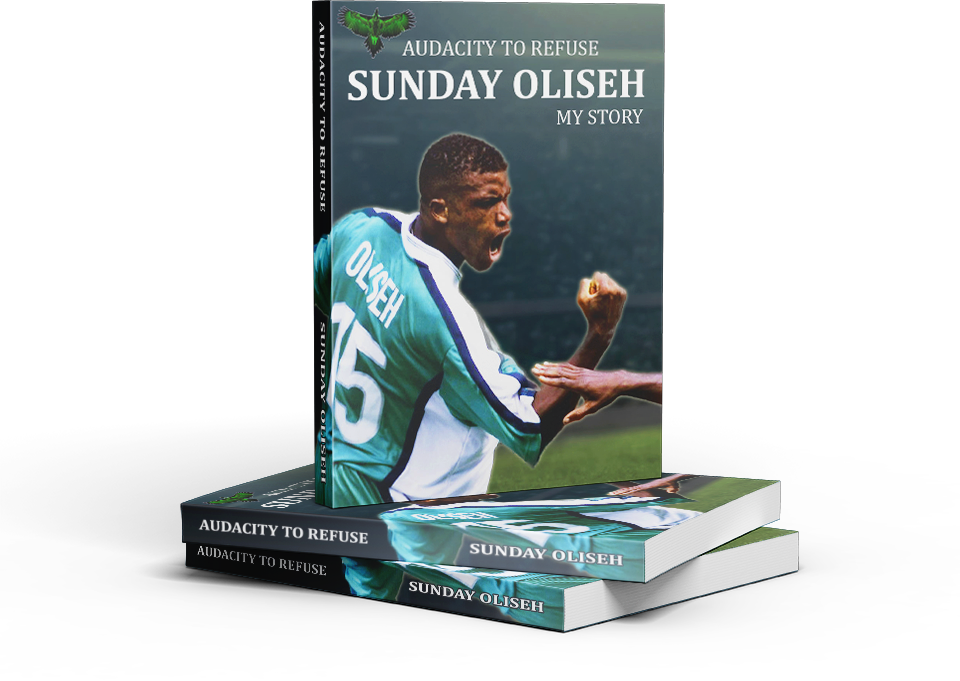 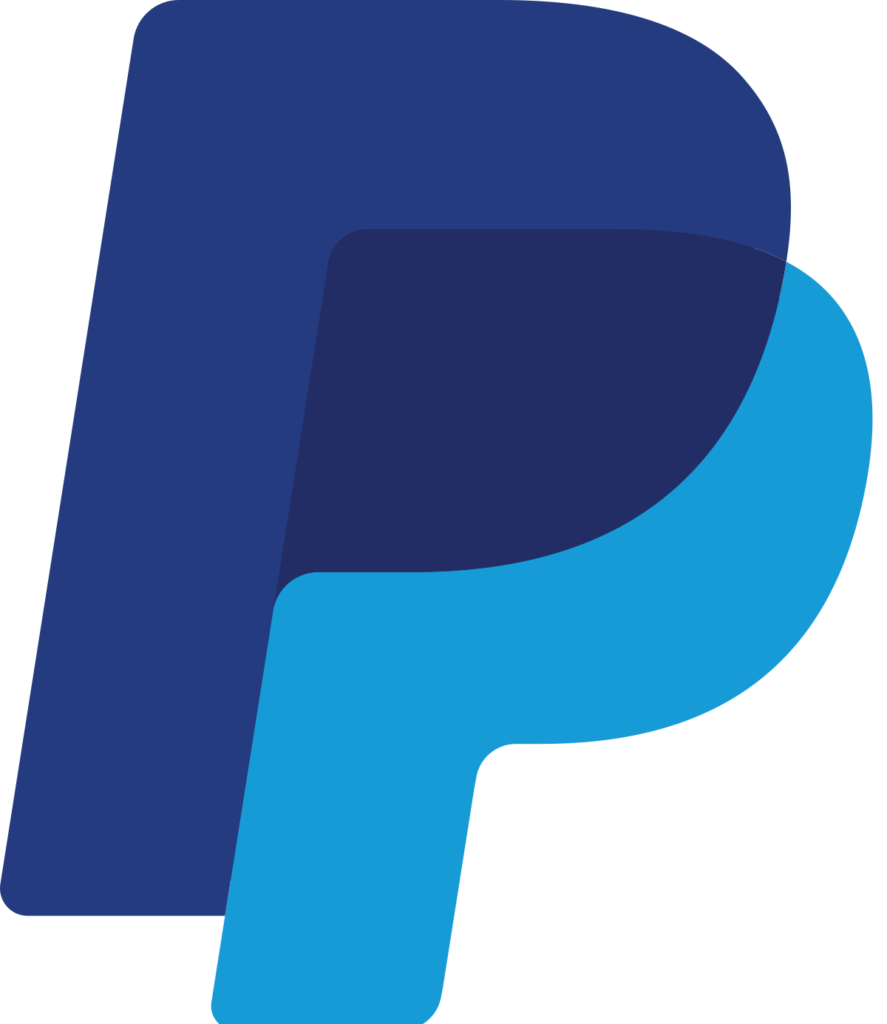 You can make payments via PayPal and Flutterwave

Get in touch vie direct email